The Time Sequence Recorder is used for plotting a series of a phone's events over time. These are recorded and stored into the context, which are plotted on a chart and may be written as a list to the protocol.

All changes in the cells that occur during the Time Sequence Recording will be registered and stored into the context. Using the writeToProtocol function writes these events as a list into the Protocol Log.

The Protocol Log is displayed in intaQt Studio's Test Case Results Window, as well as in the Reports folder.

A chart is generated by the Time Sequence Recorder. In the chart below for the event named TS, the primary cell's signal strength is highlighted in orange. Signal strength is displayed on the y-axis in decibels per minutes, while the x-axis shows the time in 24-hour format. 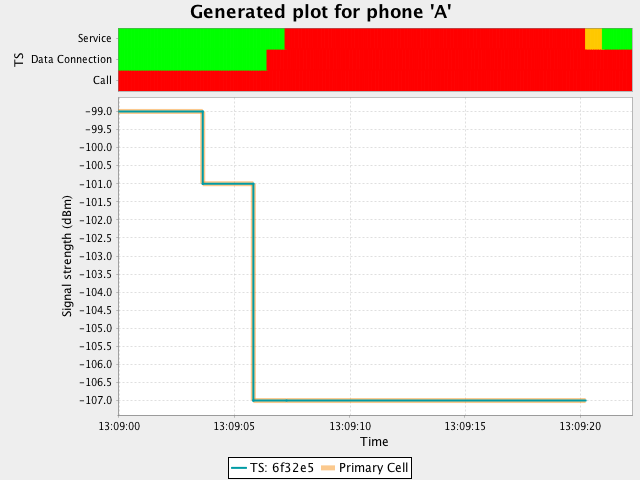