After each test case execution, a folder containing several reports and excerpts of log files is generated. Test cases that generate additional media such as images, audio recordings or charts will have these files stored in the reports folder as well.

For instructions about how to filter for log type within intaQt Studio, refer to Select Log Output Type.

Important! If intaQt is reinstalled or cleaned, these files may be erased.

By default, reports are found in the ~/intaqt/reports/ folder and use a predefined format. Configuration information can be found in the Reports and Report Formats section. A Built-in used to append URLs to a test case report is described in Add Link to Test Case Report.

Each report folder contains a file with the default name index.html. This file contains a summary of each scenario run and whether it passed or failed. Clicking on the scenario's name brings up an additional HTML report, which contains further details about each scenario's steps and outcomes. 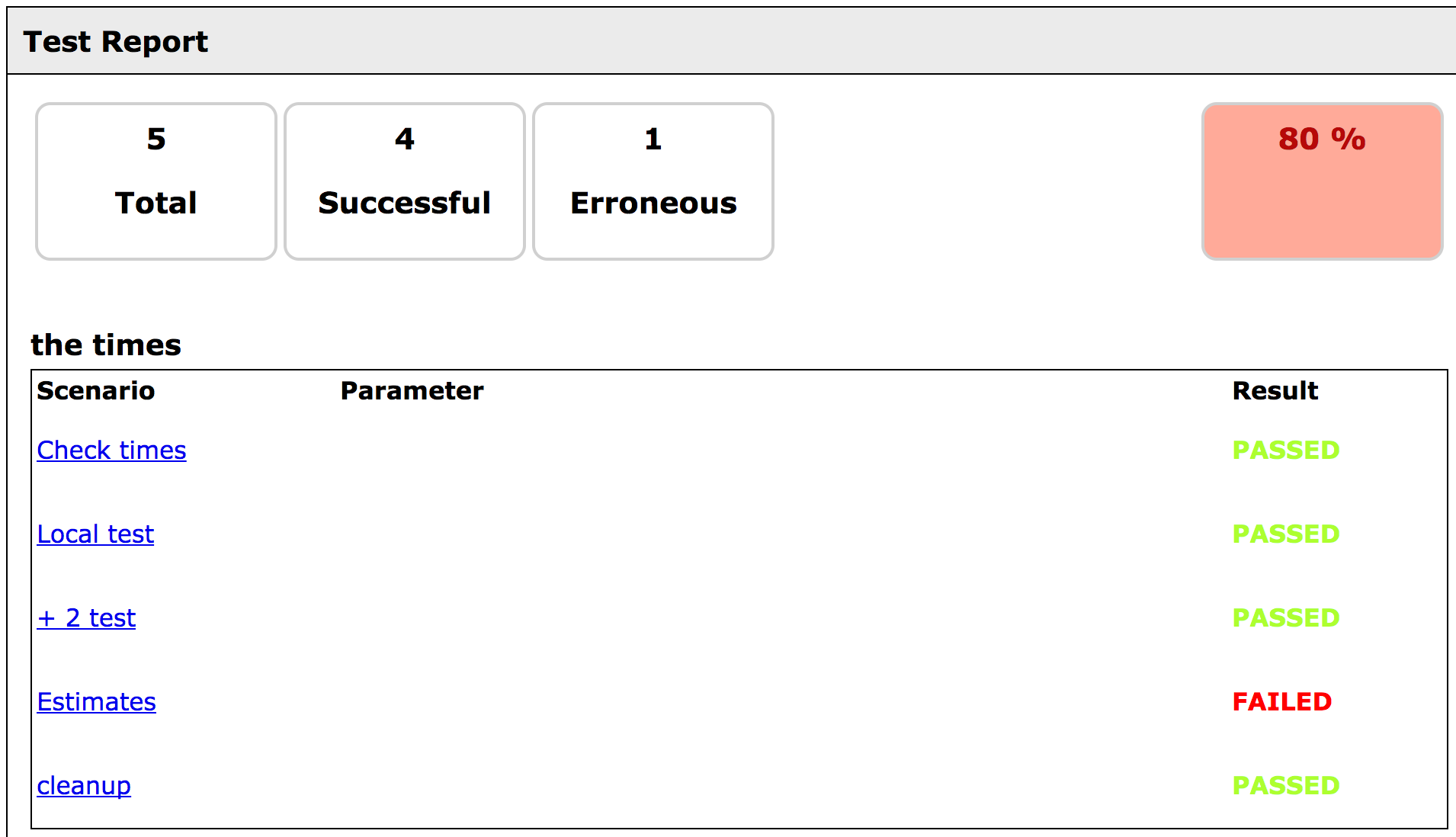 The detailed HTML report contains the feature file's name as a prefix. For example, 1_smstest.html. It can be accessed either by clicking a scenario name from the summary index.html report, or by opening it from the report folder.

All scenario names are underlined, with their steps and results listed beneath them. Clicking on the scenario name opens a copy of the test case's protocol log in the browser.

The intaqt.log, which is located in the ~/intaqt/logs/ folder, contains:

Additionally in each report folder, an intaqt.log, is generated after each test run and contains all the server activity that occurs over the duration of that test run.

In addition to the intaqt.log, there is:

When multiple instances of intaQt Servers are running on a single machine using the -p option, a separate log file will be created with the profile's name appended to the filename, for example, intaqt-<profileName>.log.

Example 1 - Starting intaQt without the Use of a Profile

The output log for the example above will have the following name:

The output log for the example above will have the following name:

The protocol and trace logs contains a list of all steps that are executed and their status. Each step has a timestamp and a intaQt release version to the left of it.

Adding Comments in the Protocol and Trace Log Files ¶

Comments belonging to scenarios and steps, which start with the prefix #->, will be included in the test case's protocol and trace log files.

Note: The Logging Built-ins section contains additional information about the implementation of comments in either of the protocol or trace log file from a Steps Language or UI Steps Language file.