The Relative Clock executes single Steps in a specific timeline. It starts counting after signaling the first event. All subsequent events are relative to the preceding event.

After setting the properties, the Relative Clock must signal the event in order for it to take place.

Note: The test case will fail if a Step is not finished before the next event is signaled: 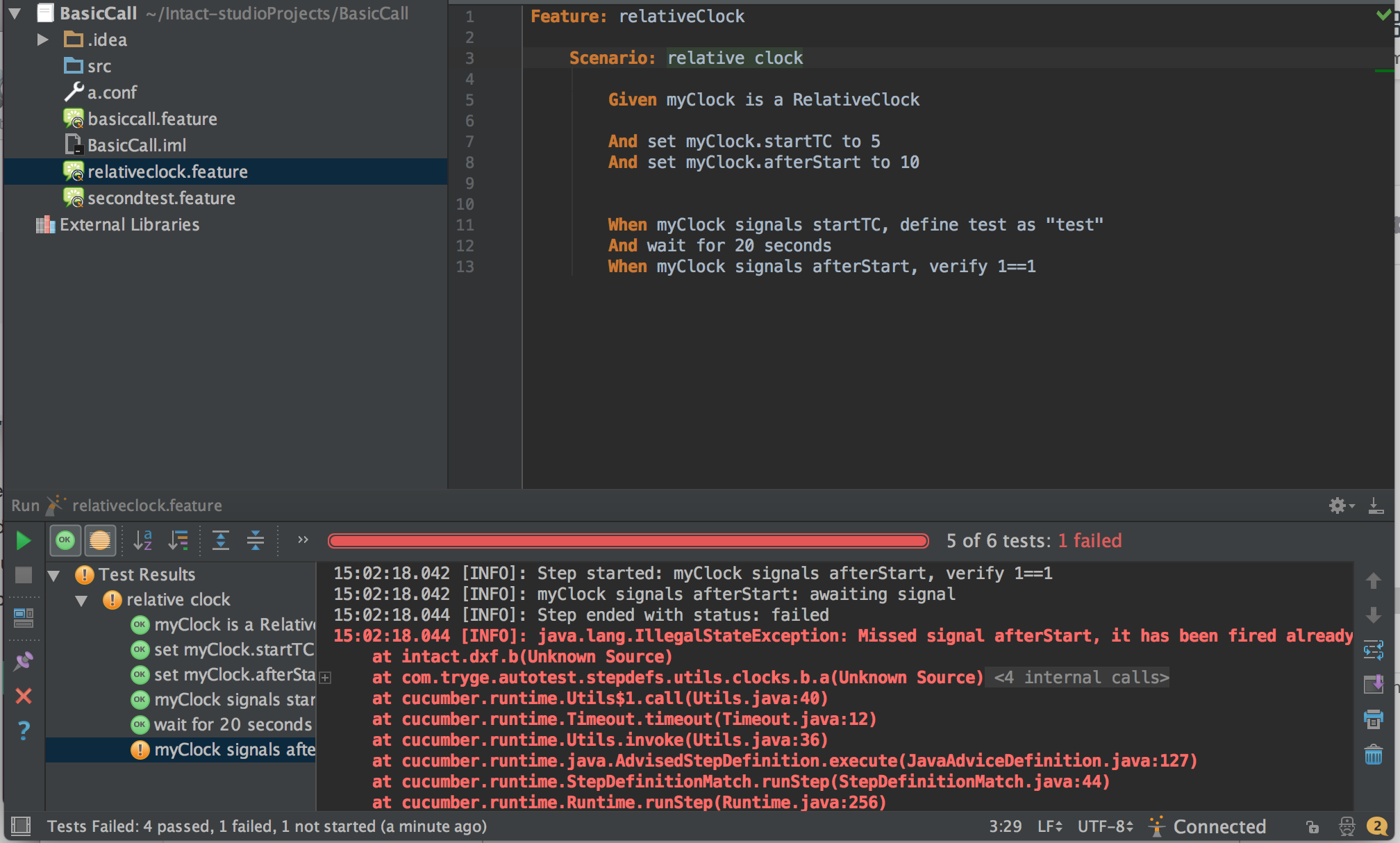 A timed Step can be included in the Relative Clock.