A common source of test case failures is spelling and punctuation errors. Additionally, whitespaces need to be correct.

The report for a failed test case with spelling errors appears similar to the following:

In the intaQt Studio log window, it looks similar: 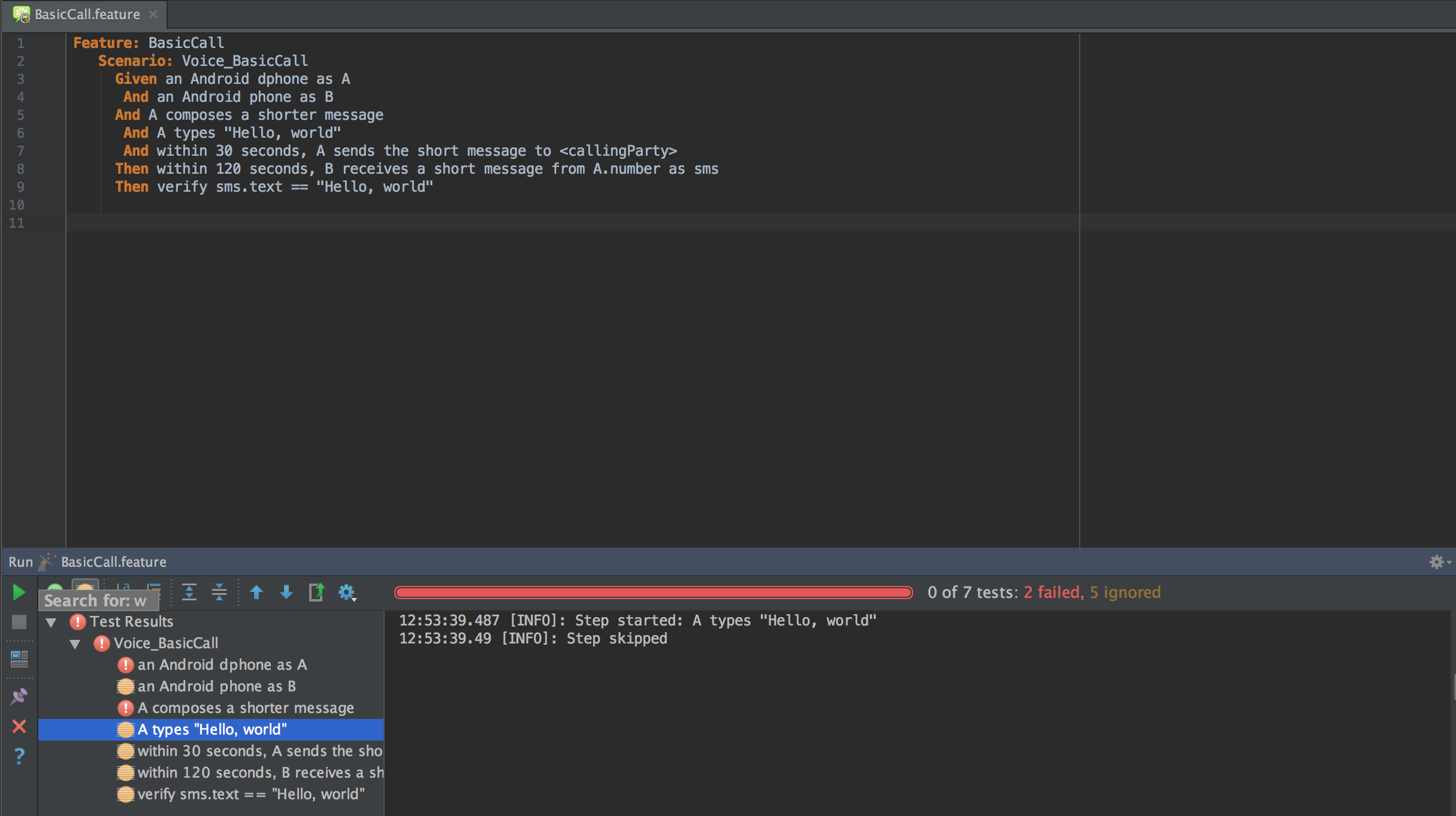 The report shows in which part of the Feature File to look. The problem in the example above is not the angle brackets, but the content within them: callingPart instead of callingParty has been used in the test case:

The verify step ends with a failure, because there is a difference in the text sent and the text to be verified ("Hello, word" vs "Hello, world").

The following report also points out where approximately the mistake is:

In this case, it is test instead of text.

A few more examples of common spelling mistakes are:

The following report shows that <callingParty> is missing from a Scenario Outline's Examples.

Whenever using test case variables (for example, <callingParty>), they must be defined in the Examples section of the Feature File.